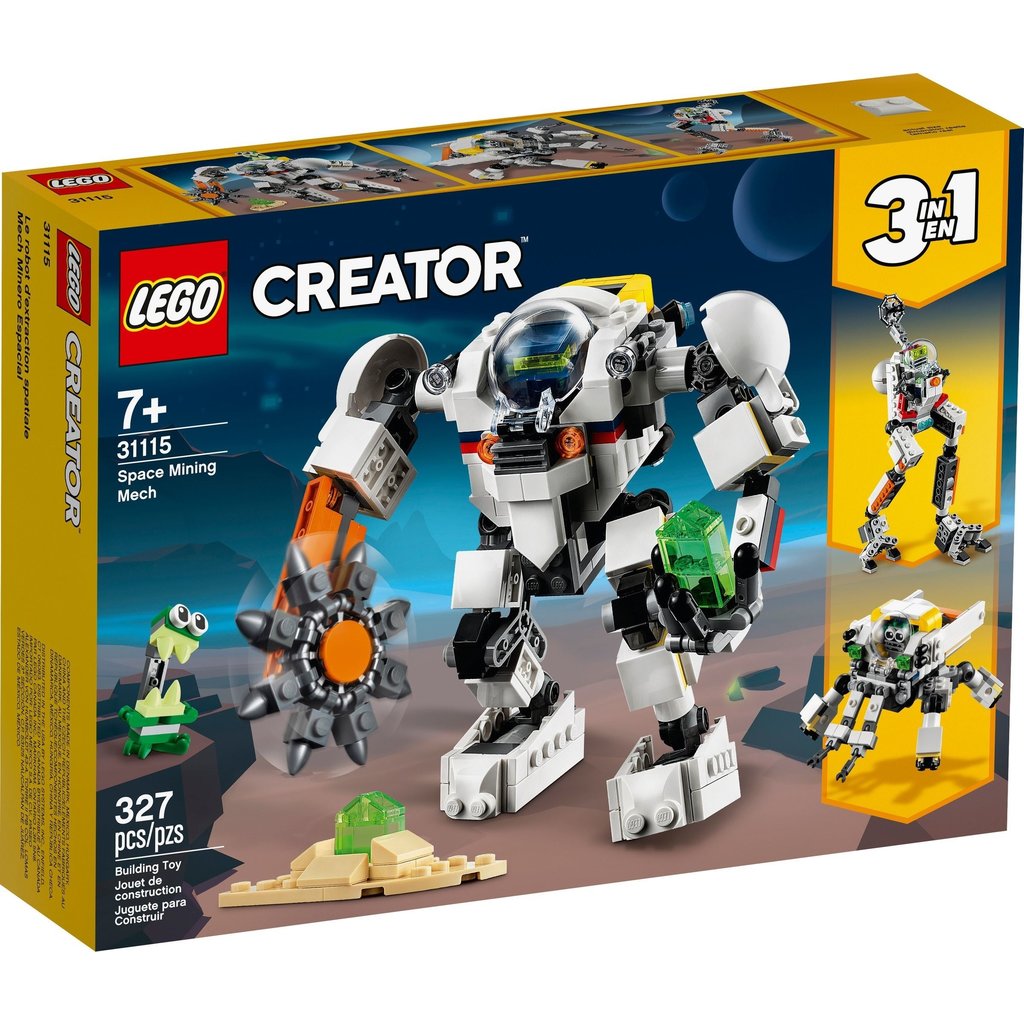 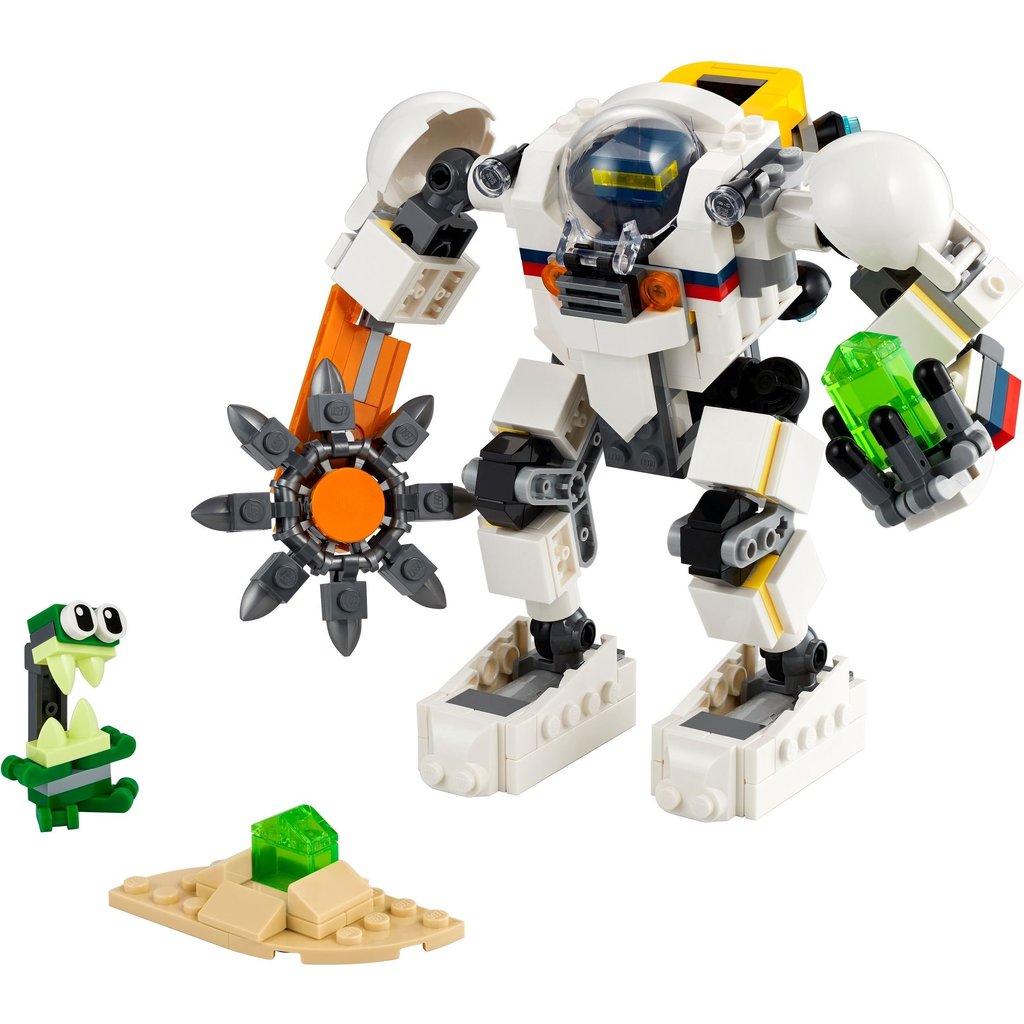 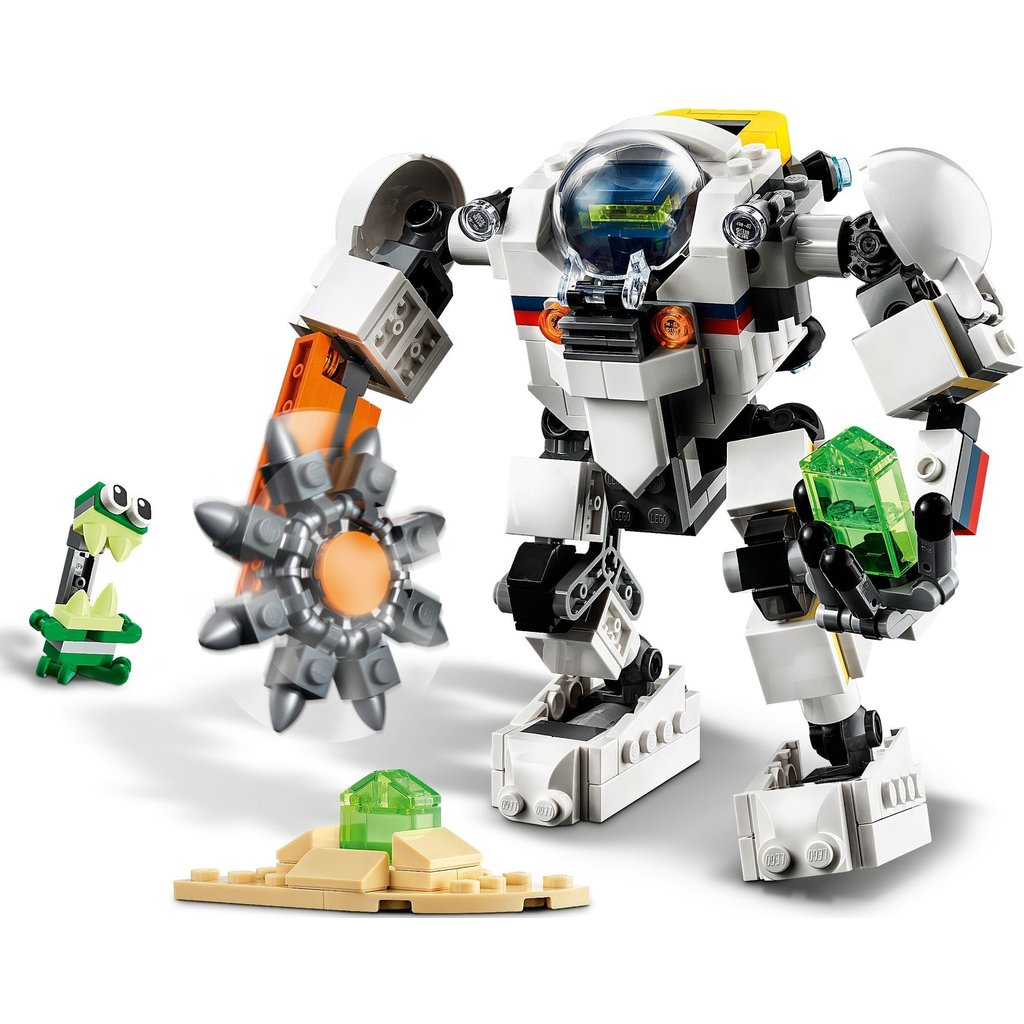 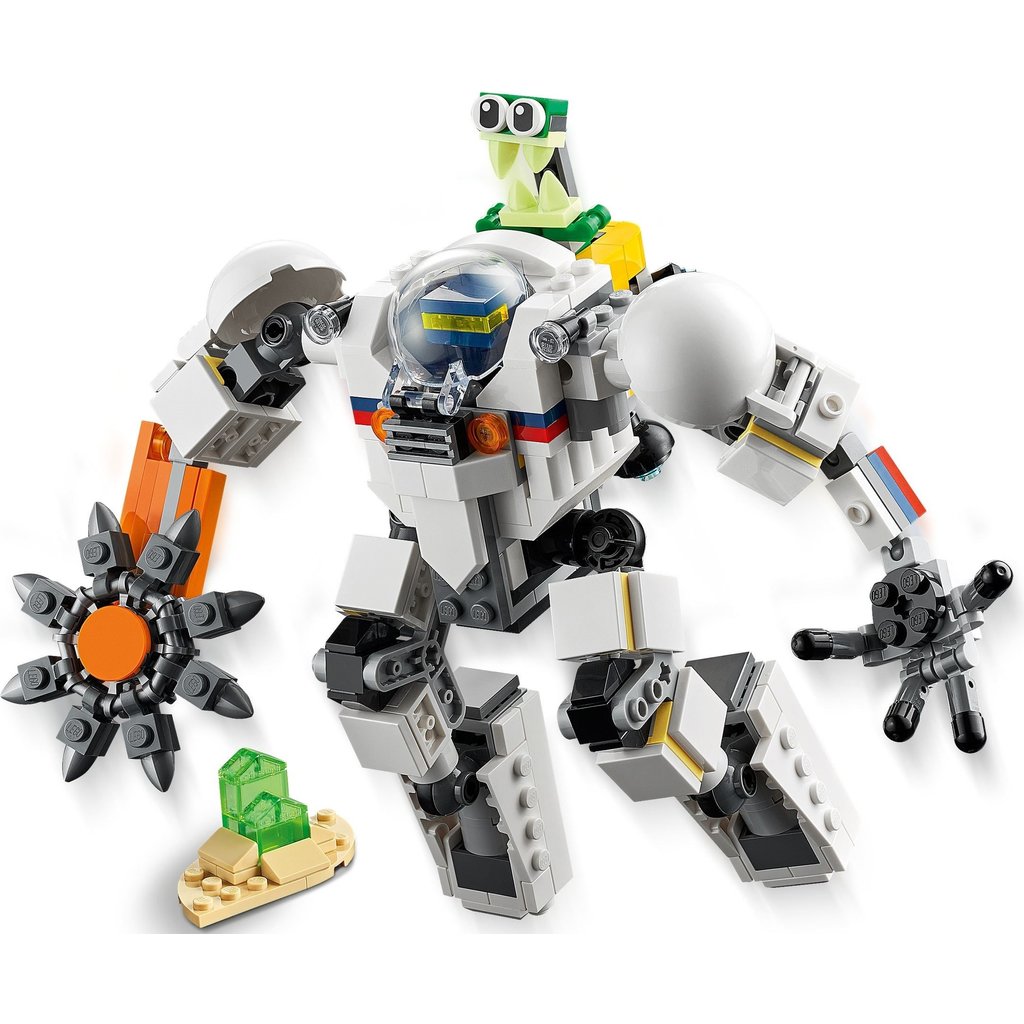 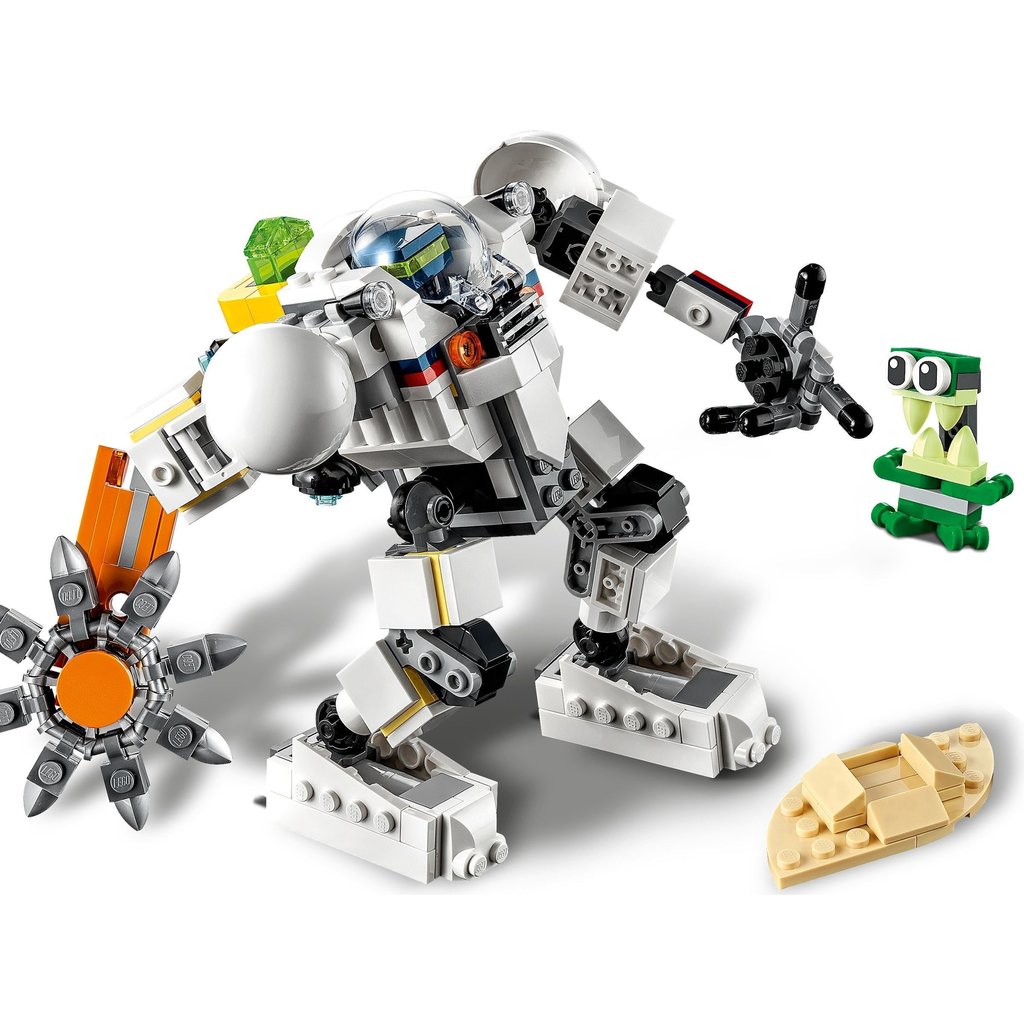 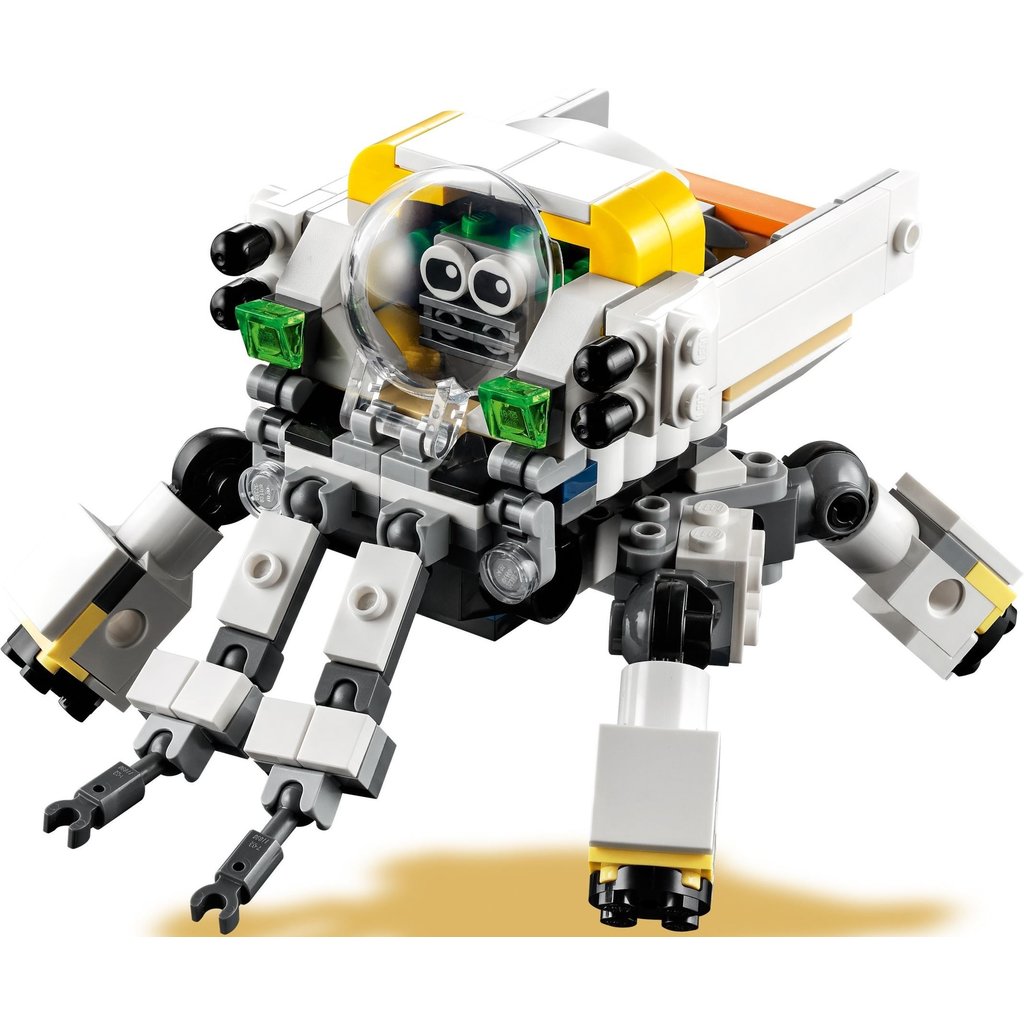 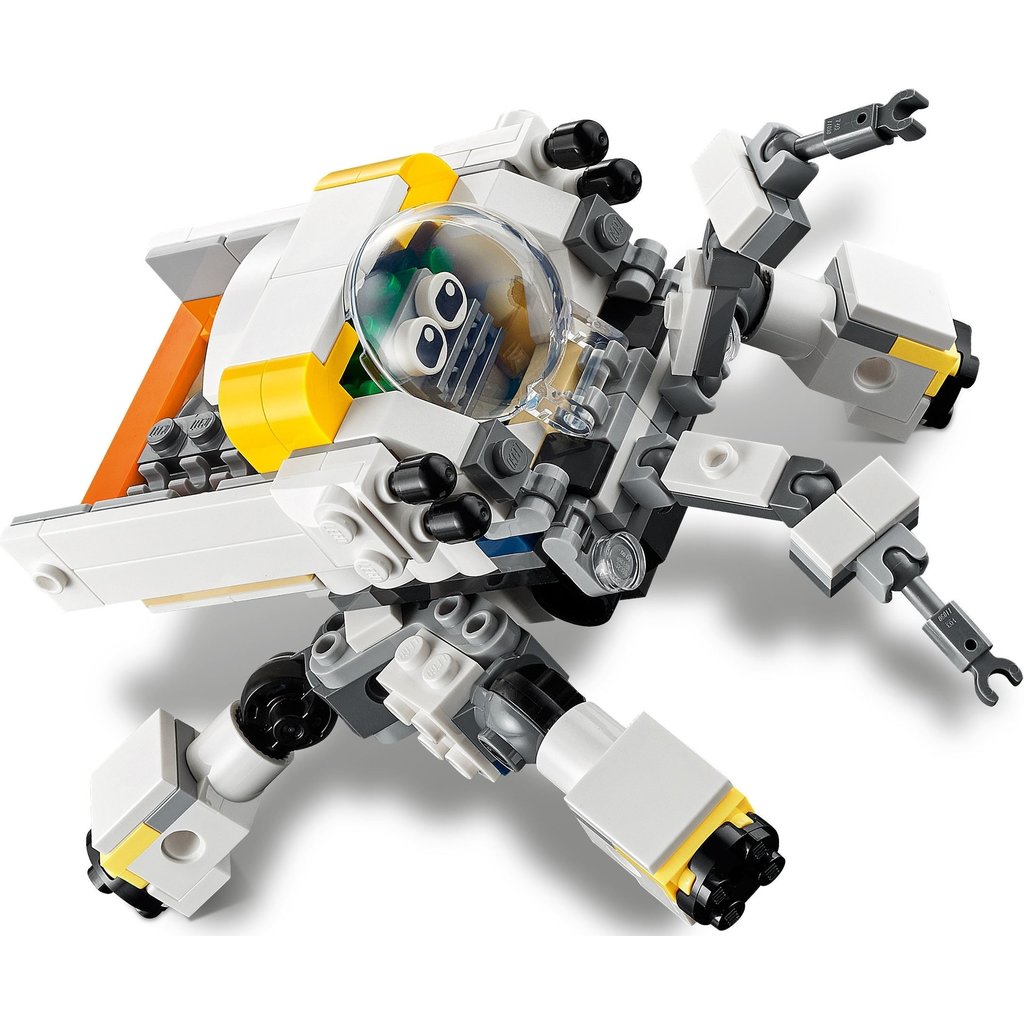 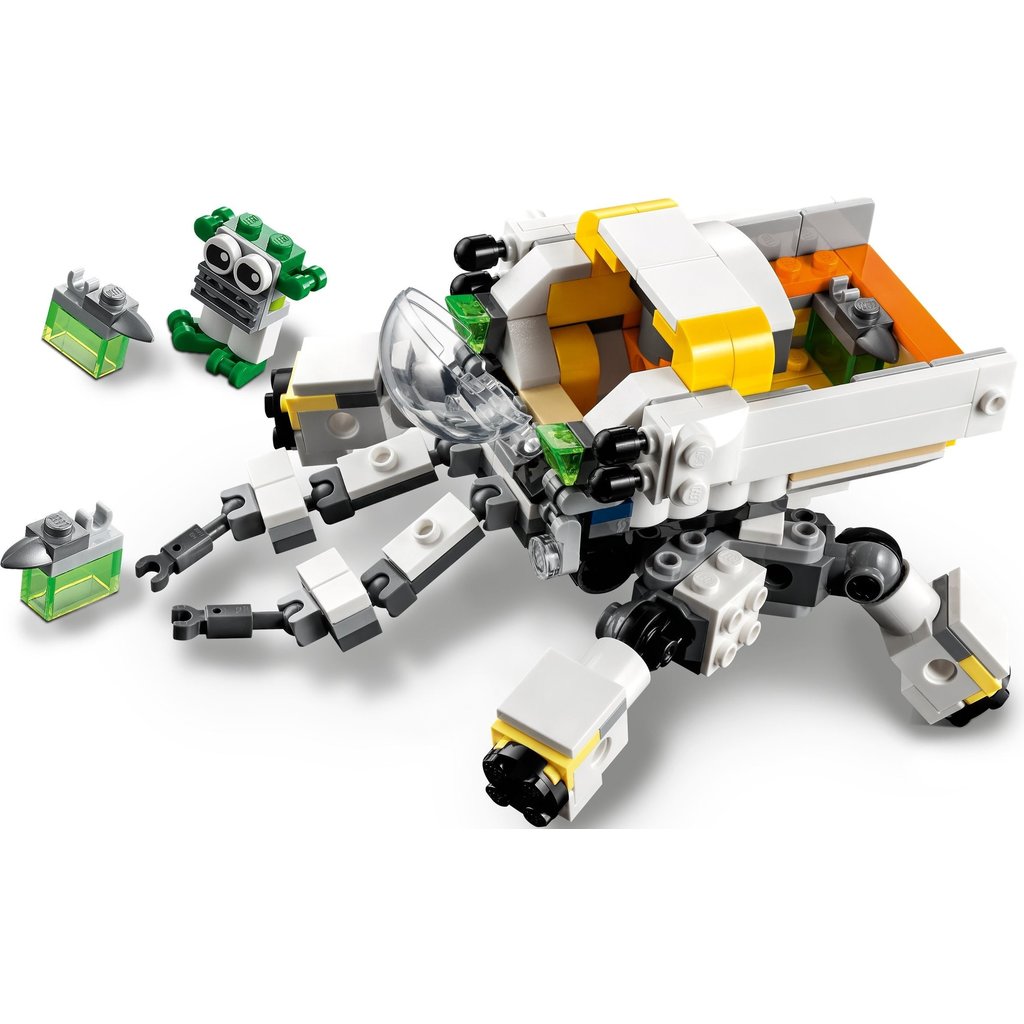 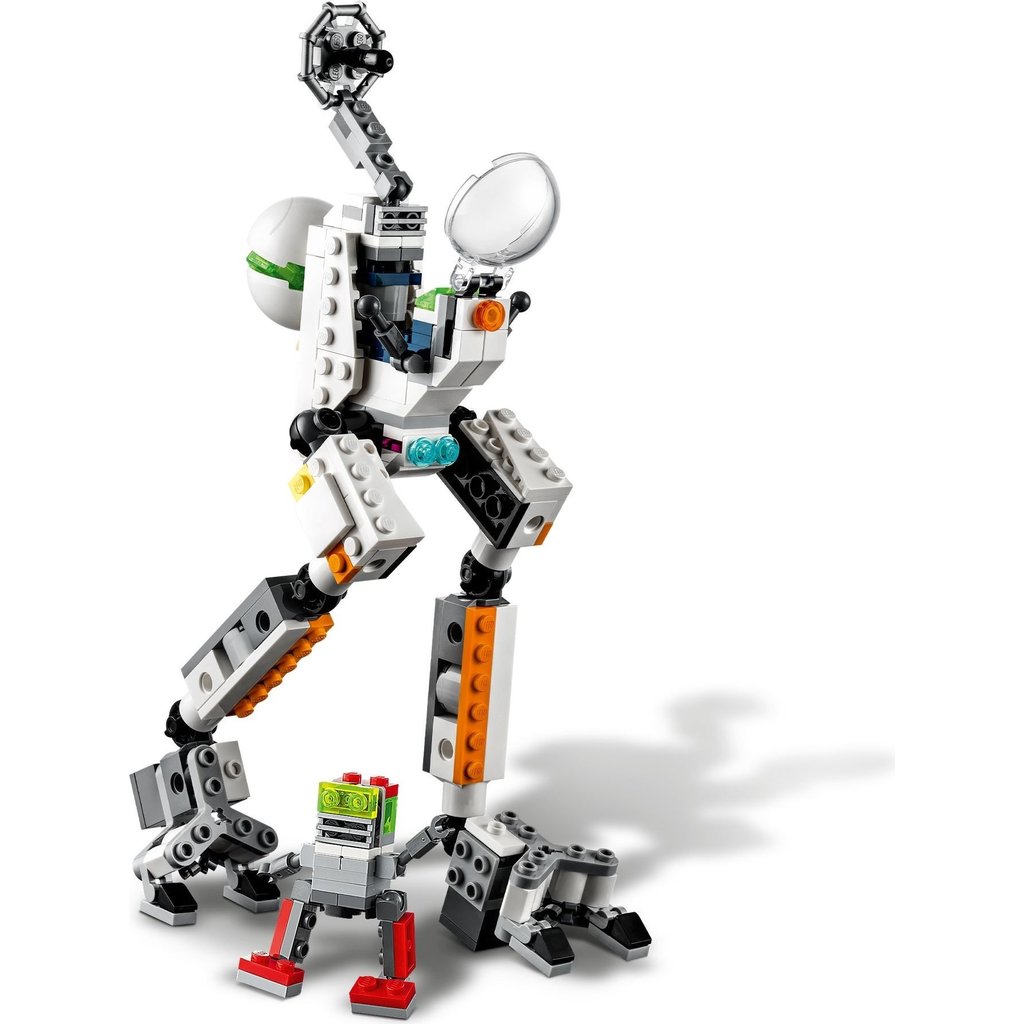 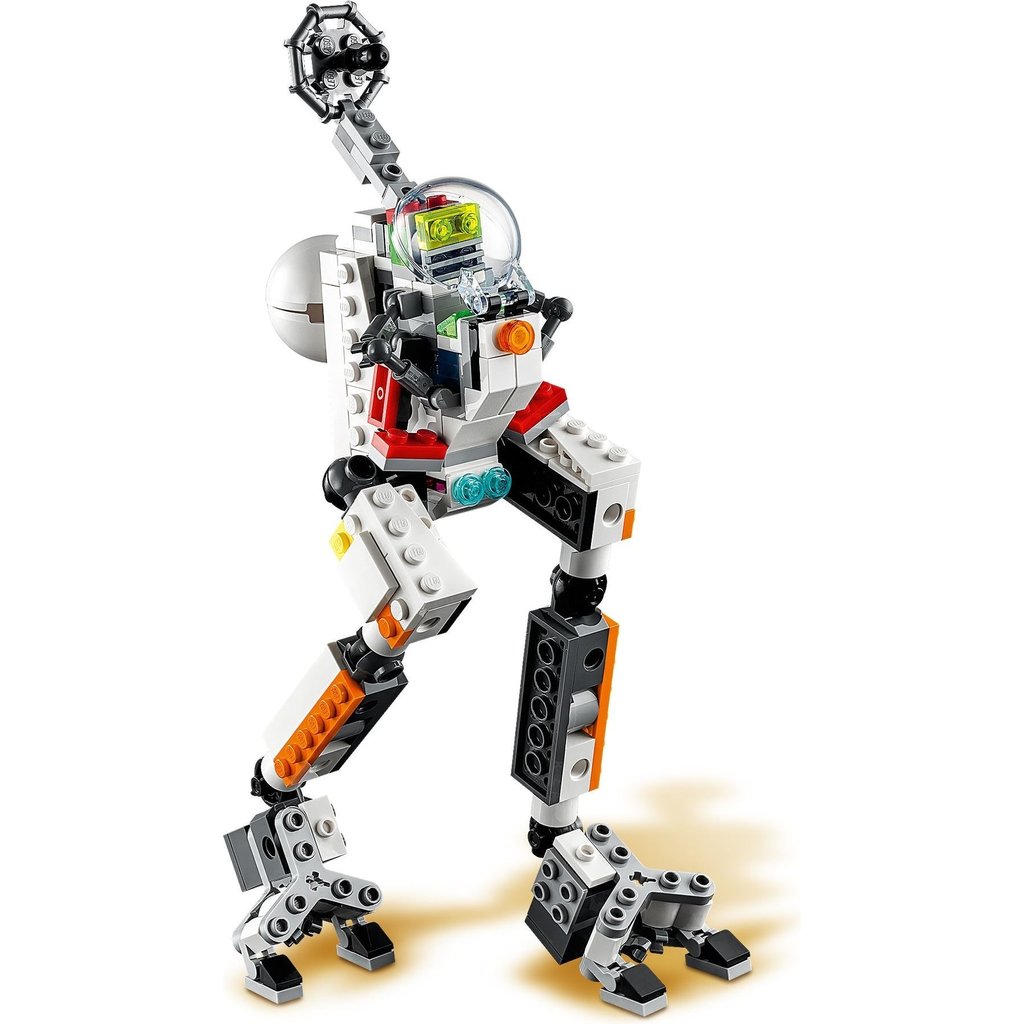 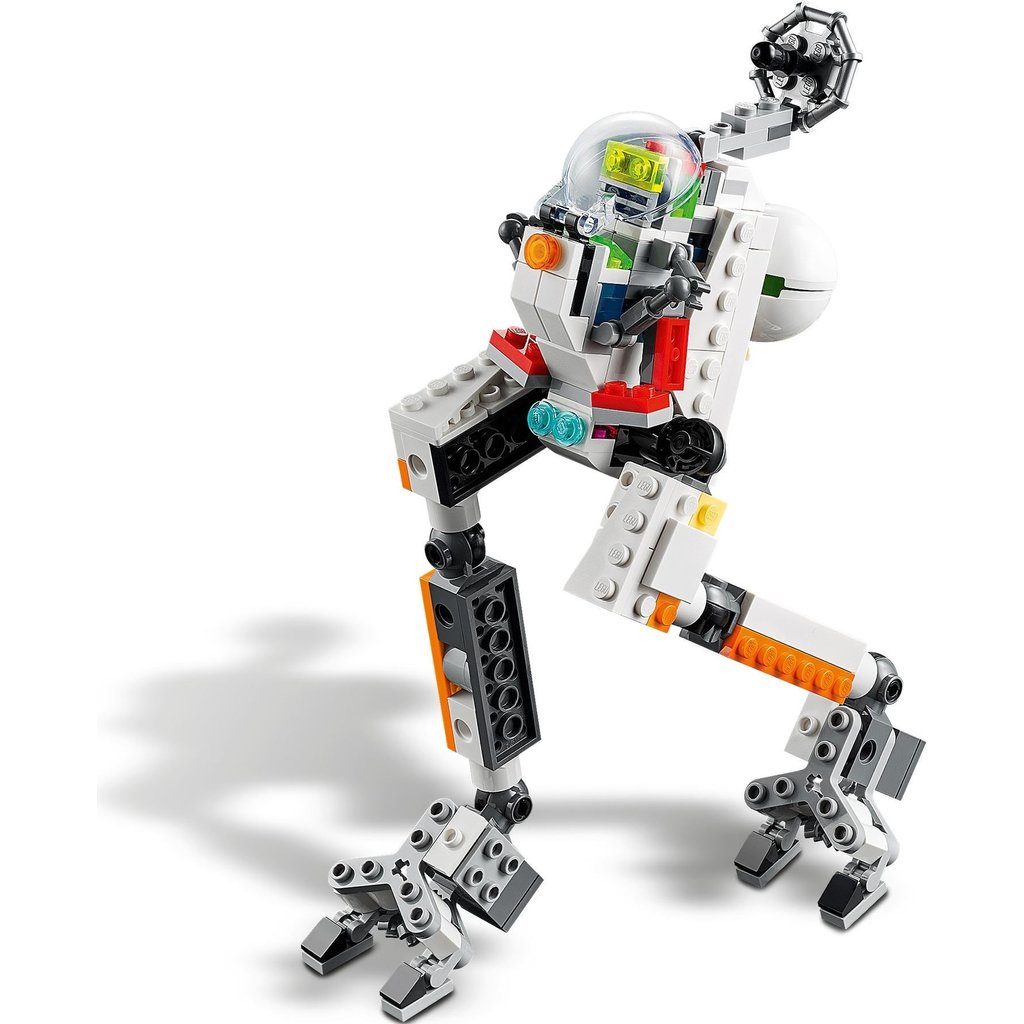 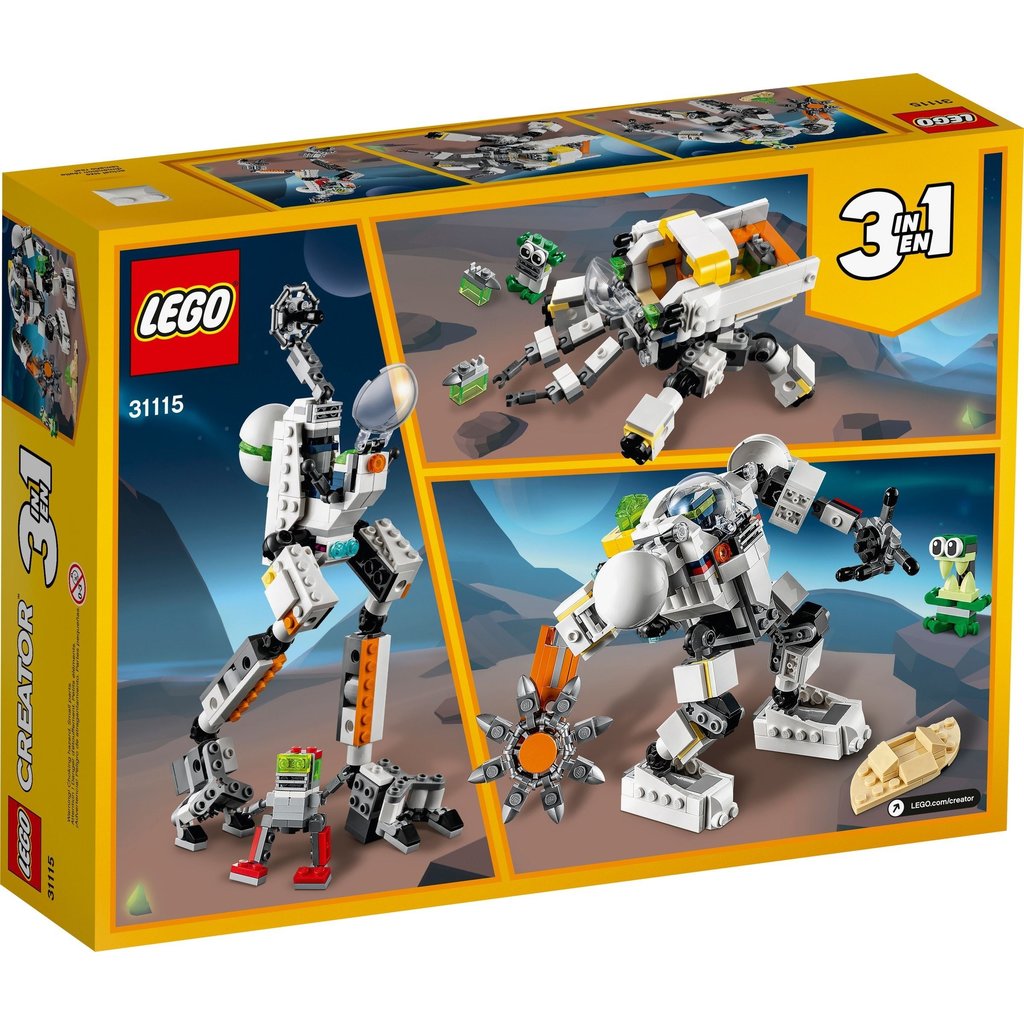 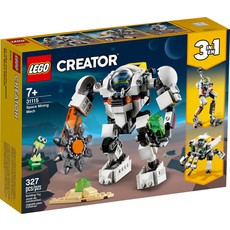 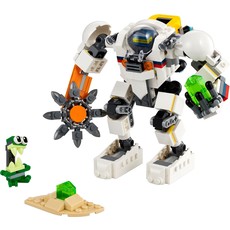 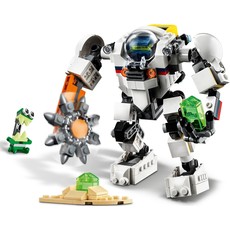 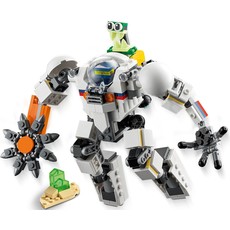 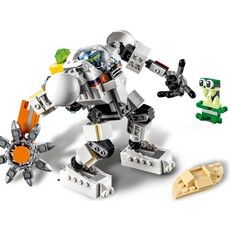 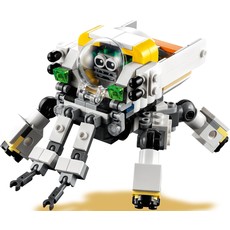 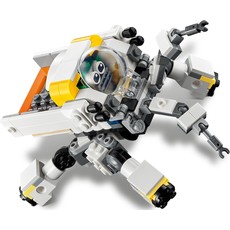 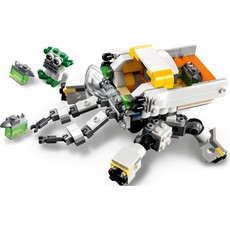 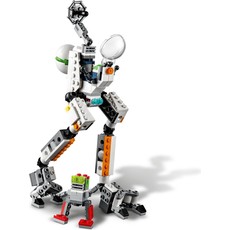 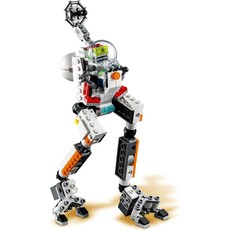 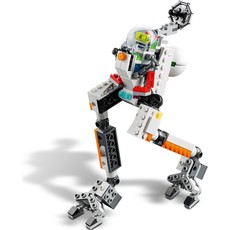 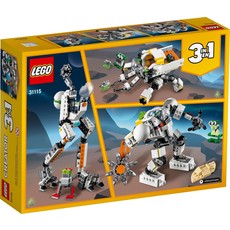 $29.99
Write a review
In stock
Curbside Pickup Available or Home Delivery for Orders over $30

Young adventurers will adore the LEGO® Creator™ 3in1 Space Mining Mech, which can be rebuilt into a cargo carrier or space robot toy.

Experience out-of-this-world space adventures with the brilliant Space Mining Mech! Use the buzz saw to search for valuable crystals and store them in your jetpack. Watch out for the pesky green alien! Later, rebuild the mech into a cargo carrier or a posable mech piloted by a robot for more intergalactic action – or dream up something totally new! The choice is yours with this amazing 3in1 set.

LEGO® fans will love playing out action scenes with this impressive Creator™ 3in1 Space Mining Mech building set. The mech toy’s cool features include posable legs and arms, a spinning buzz saw, a jetpack on its back, and a face with changeable expressions, giving kids everything they need for hours of role-play fun.

Space and robot fans can enjoy 3 different build-and-play experiences with this LEGO® Creator™ 3in1 set. They can create the Space Mining Mech, which comes with an alien figure and a set of crystals, then rebuild it into a posable 4-legged cargo carrier with a robot pilot, or make a posable 2-legged LEGO robot.

LEGO® Creator™ 3in1 building toys open a world of exciting possibilities with 3 models to create in every box! Creator 3in1 sets inspire the best imaginative play with an amazing collection of models to fuel kids’ passions, including cars, creatures and planes. 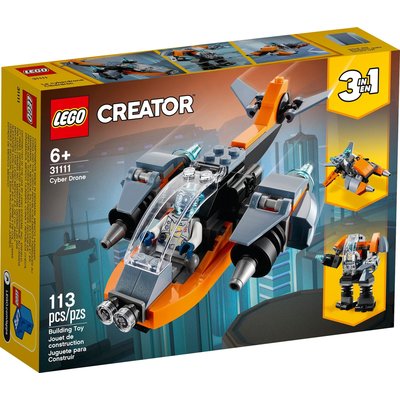 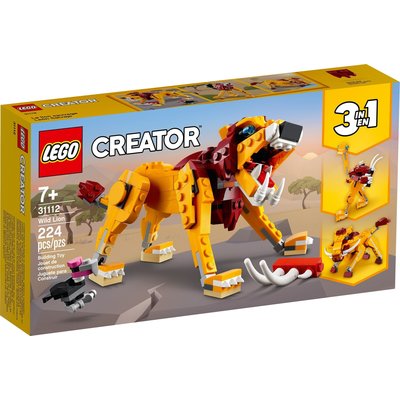 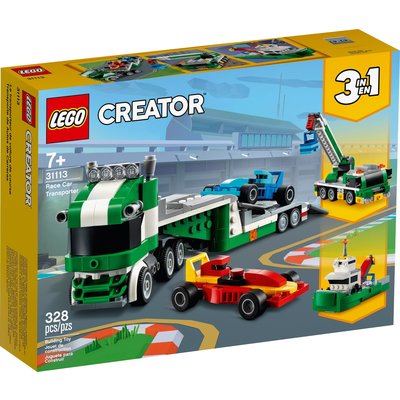 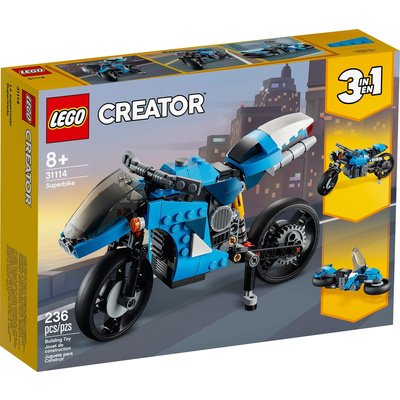 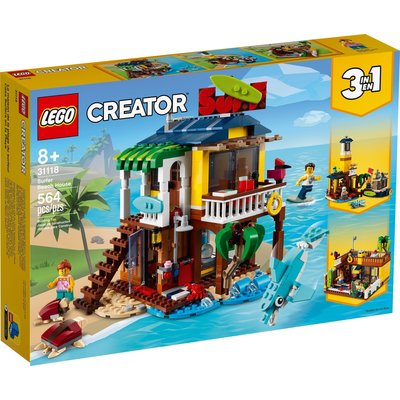 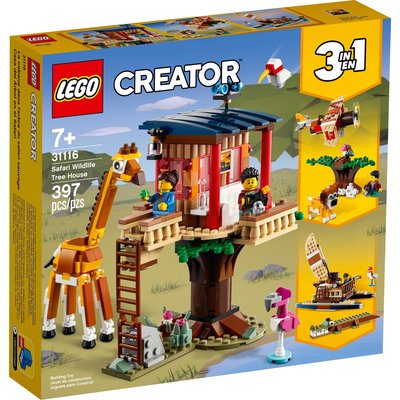