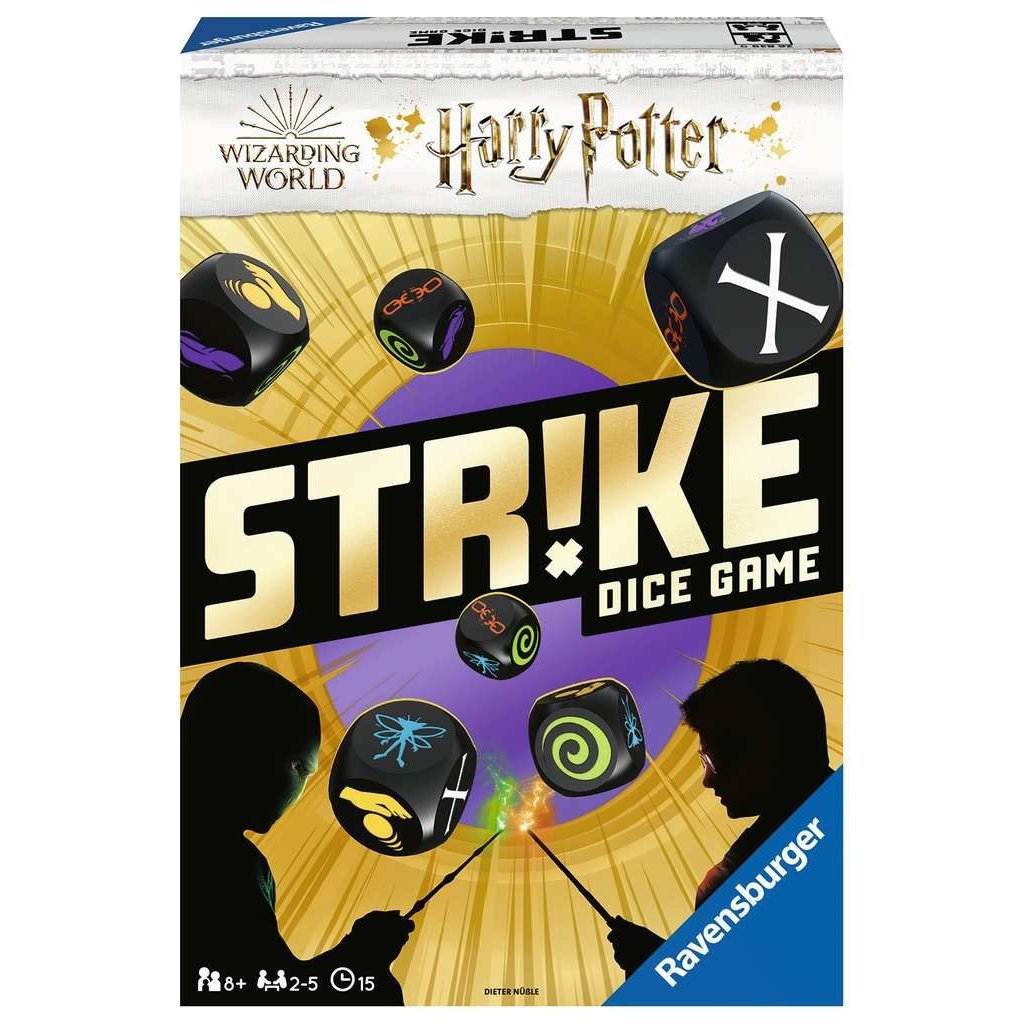 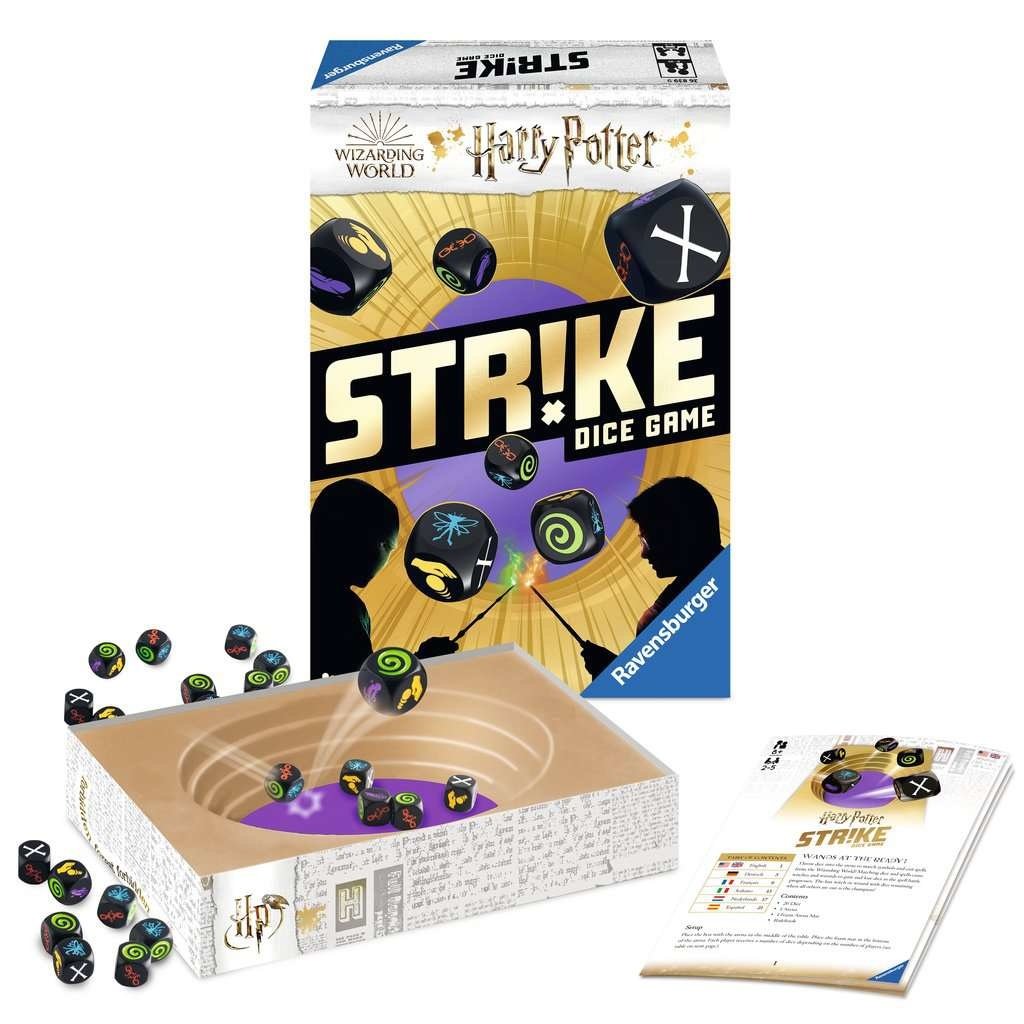 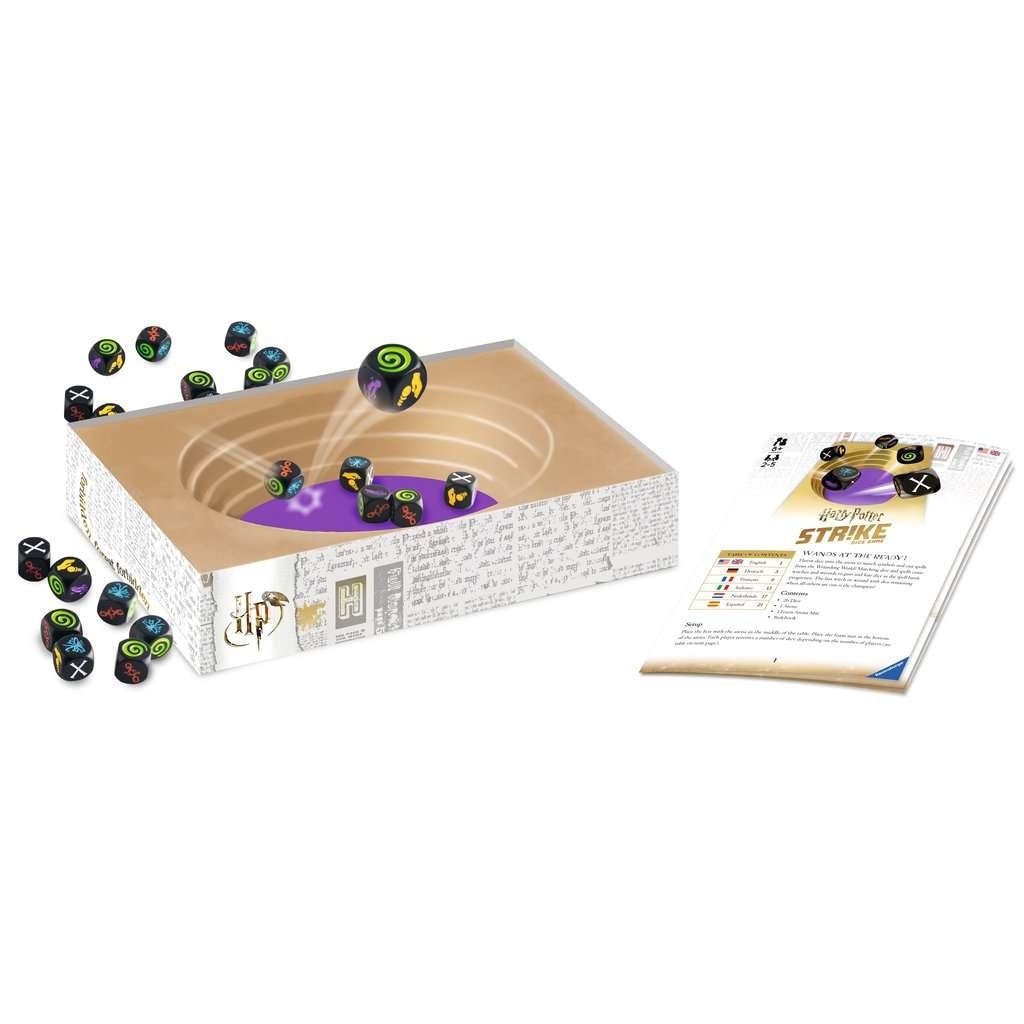 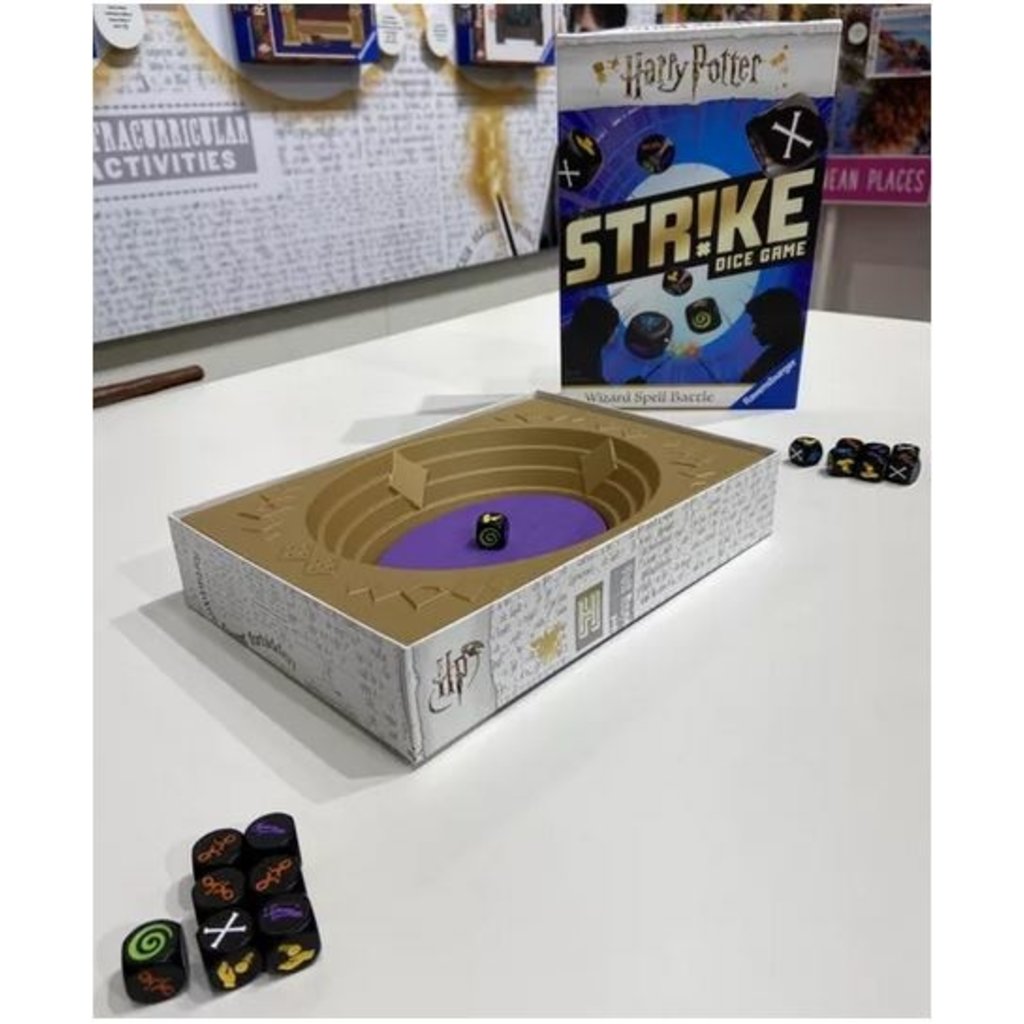 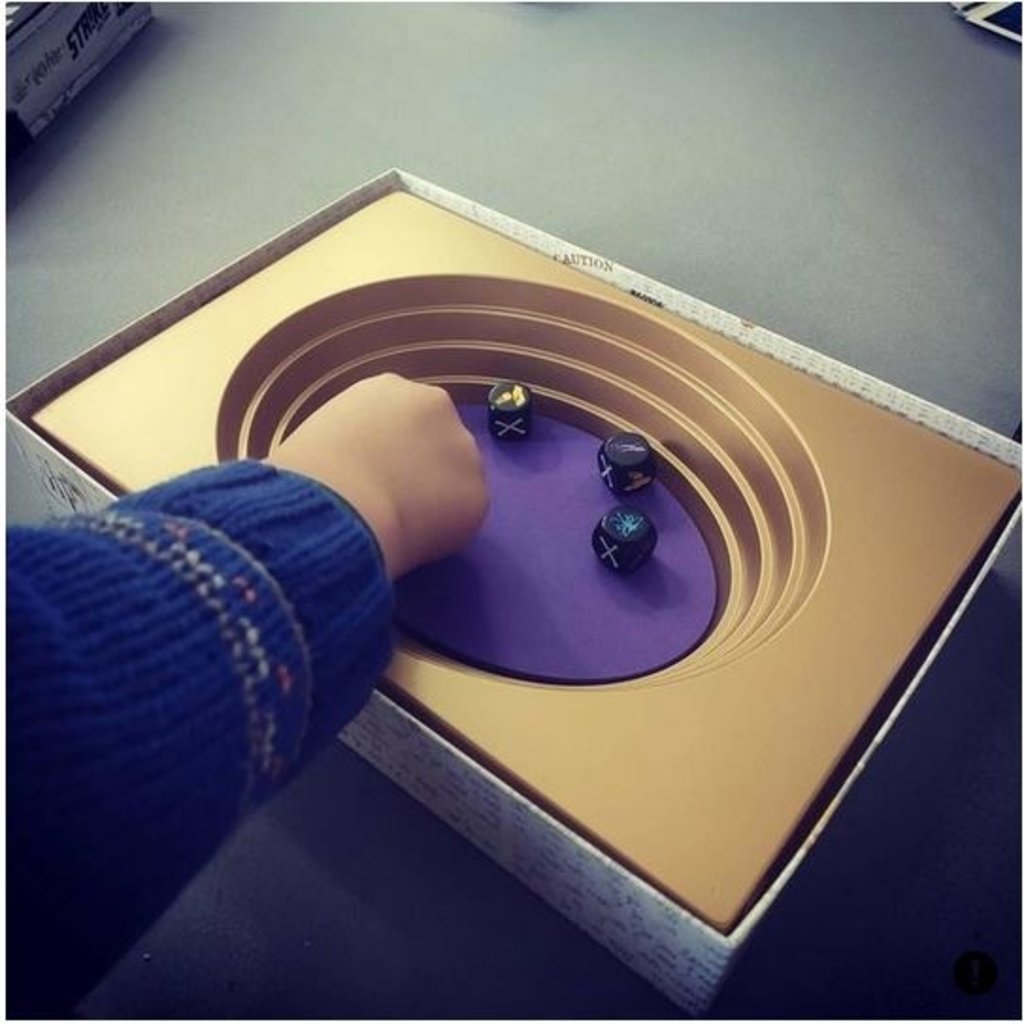 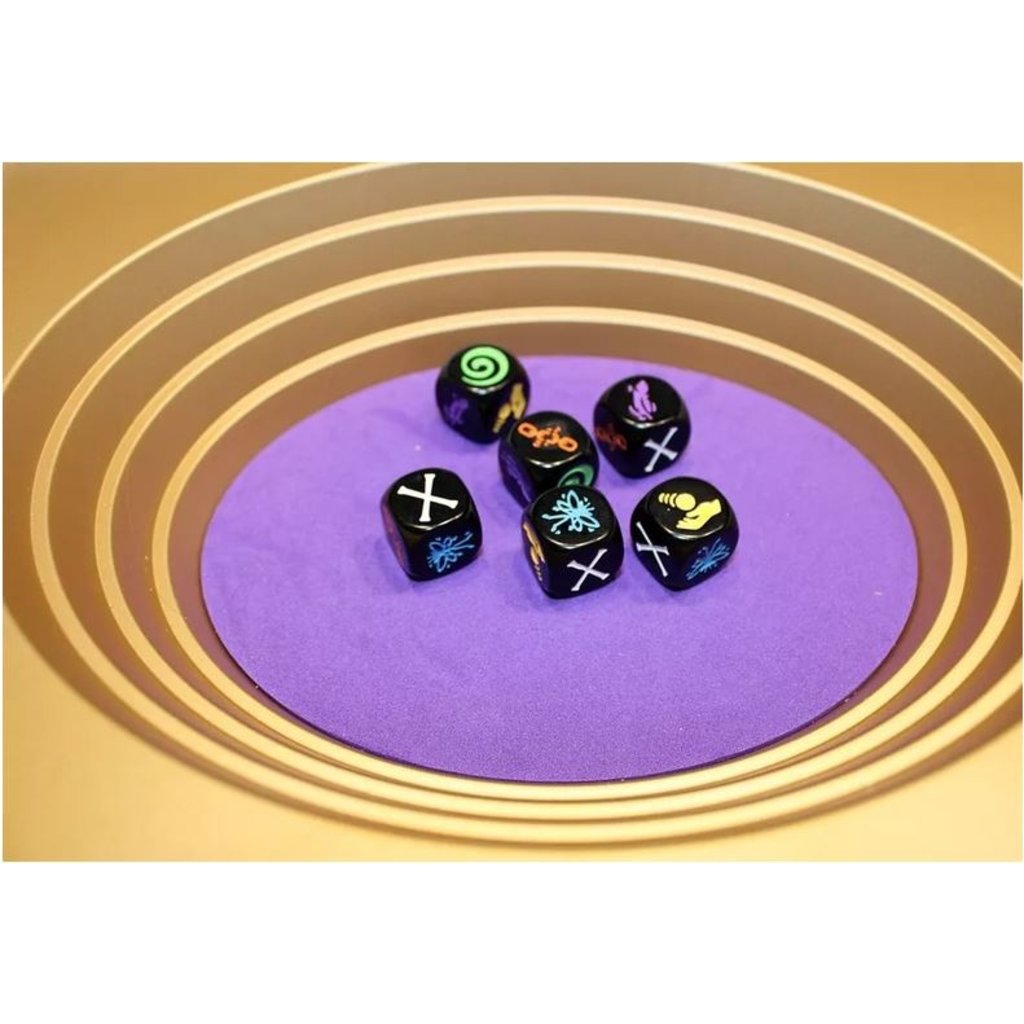 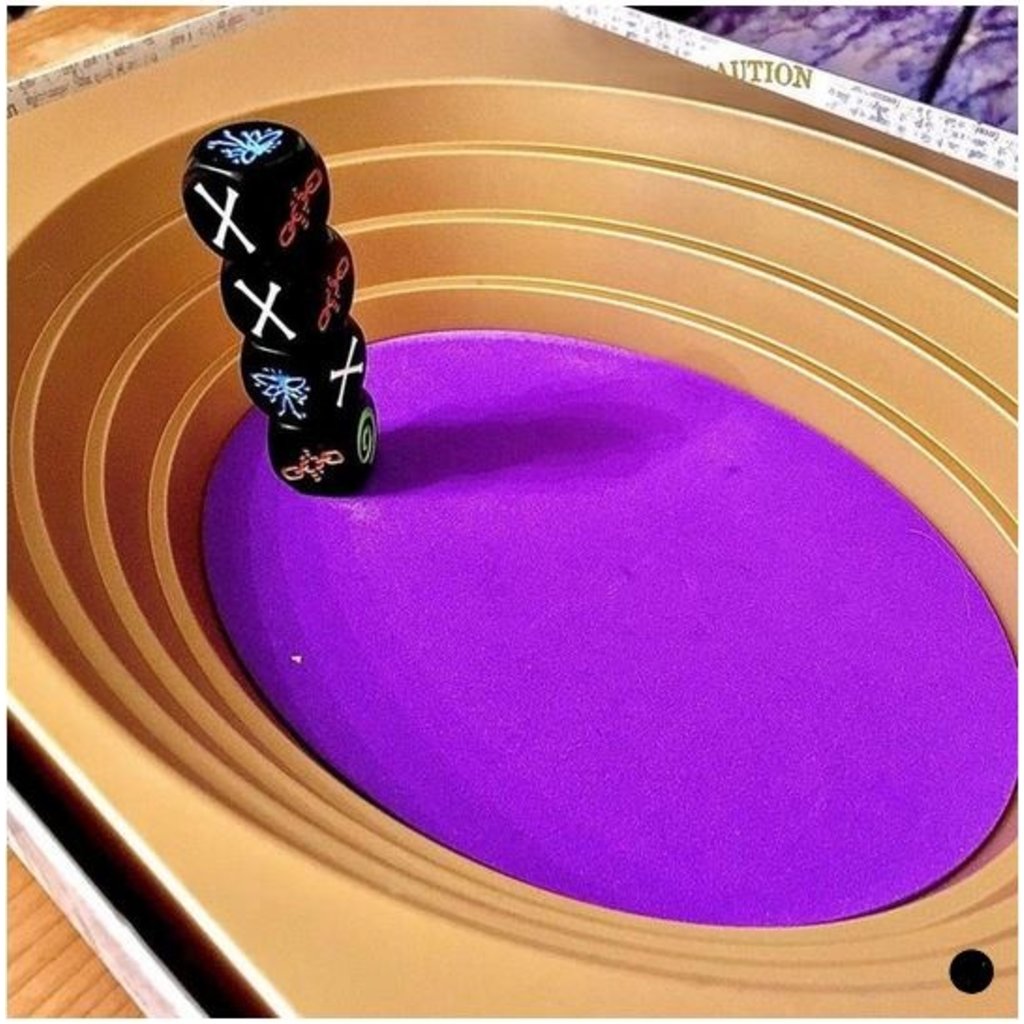 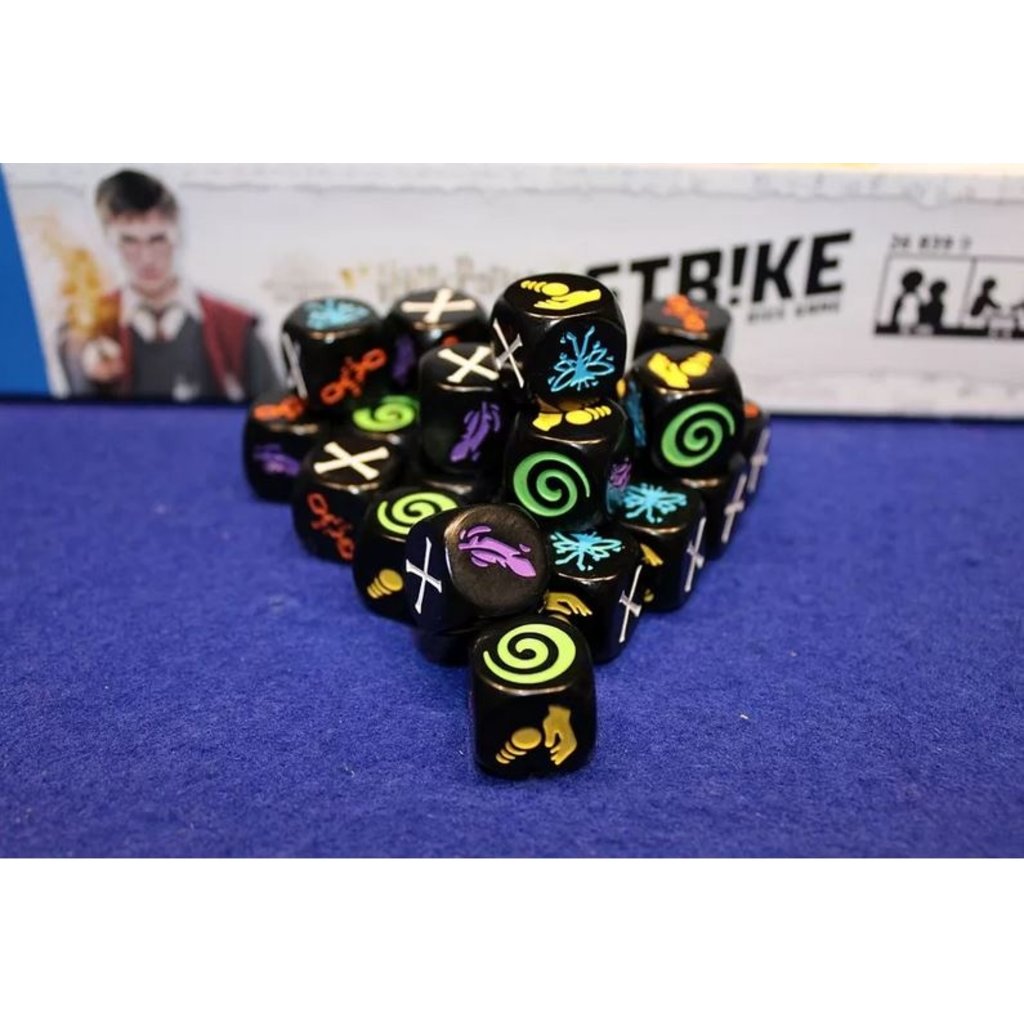 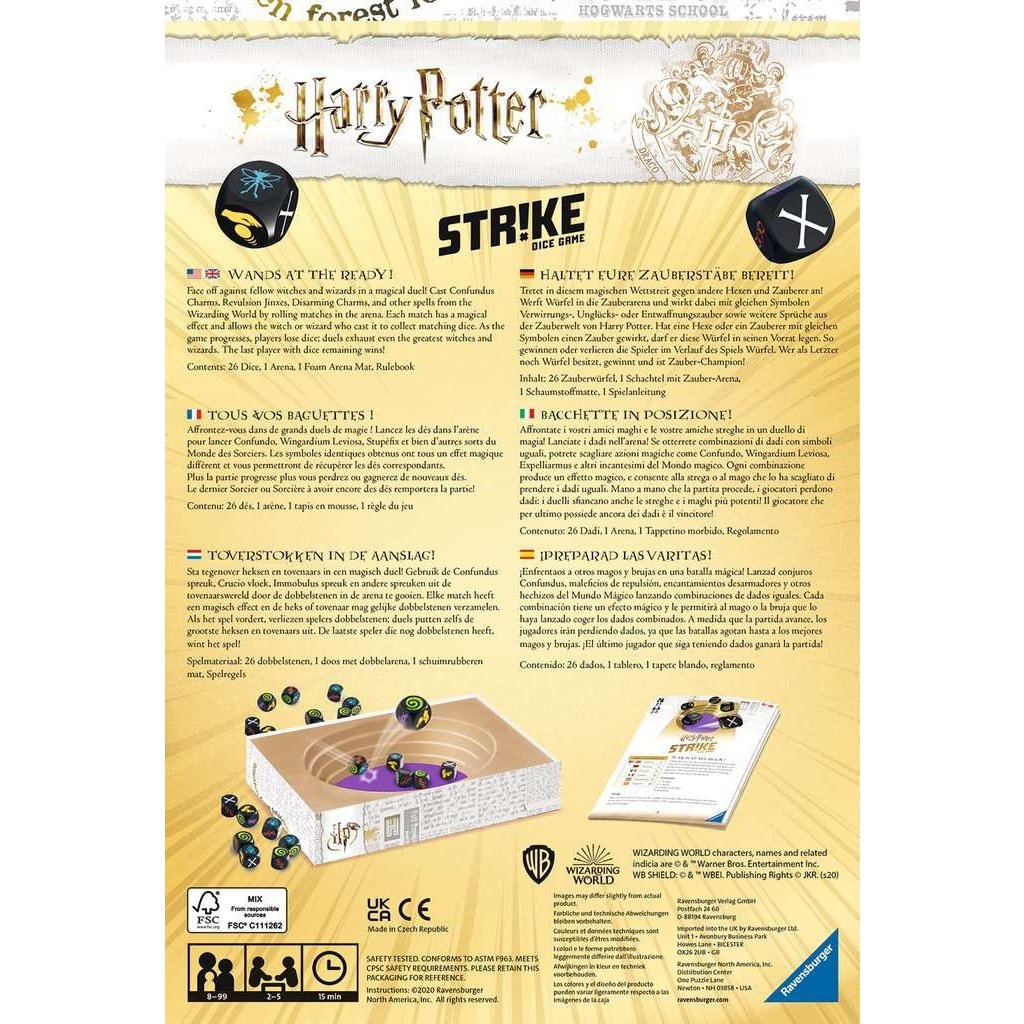 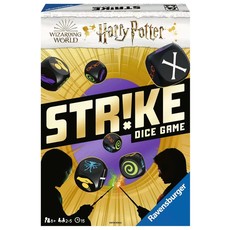 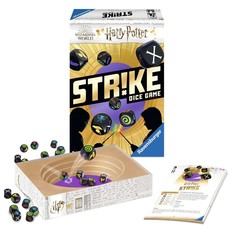 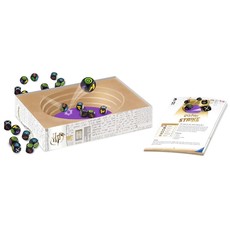 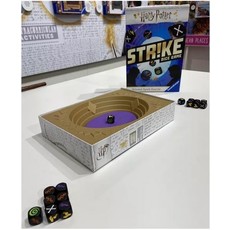 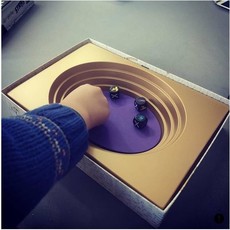 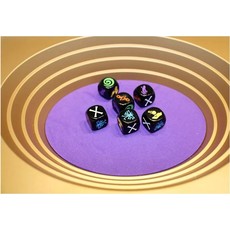 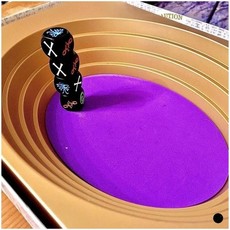 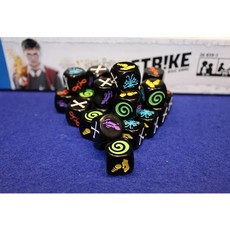 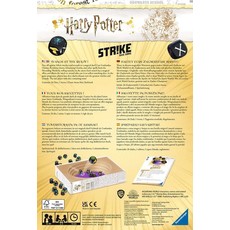 Wands at the ready!

Face off against fellow witches and wizards in a magical duel! Cast Confundus Charms, Revulsion Jinxes, Disarming Charms, and other spells from the Wizarding World by rolling matches in the arena. Each match has a magical effect and allows the witch or wizard who cast it to collect matching dice. As the game progresses, players lose dice; duels exhaust even the greatest witches and wizards. The last player with dice remaining wins!

Harry Potter™ Strike Dice Game combines elements of Strike and Impact, with players rolling dice into an arena to attempt to cast spells and win dice back from the arena.

In more detail, each player starts with the same number of six-sided dice, and one die starts in the arena. On a turn, the active player rolls a die into the arena. If no die faces in the arena match, the player can end their turn or roll again; if the player rolls an X (or hits any dice that then show an X face as a result), those dice are removed from play; if two or more dice have matching non-X faces, then the player casts the spell matching the die face, then recovers those matching dice from the arena (unless the spell says to do something different).

If you run out of dice, then you're out of the game. The last player with dice wins! 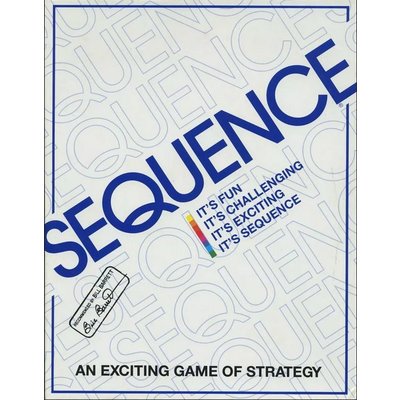 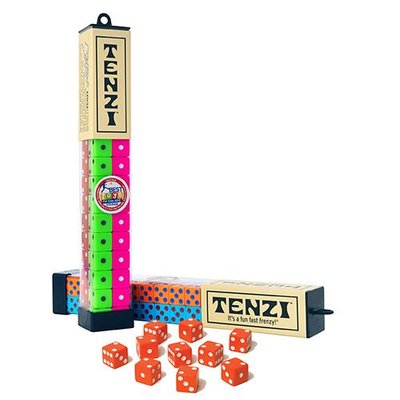 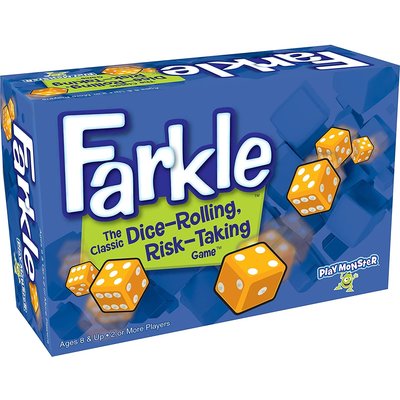 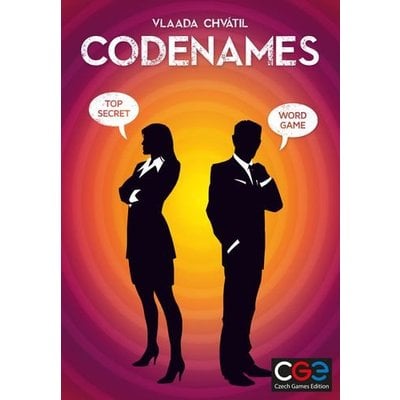 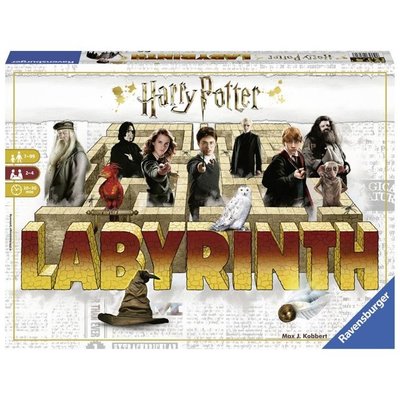 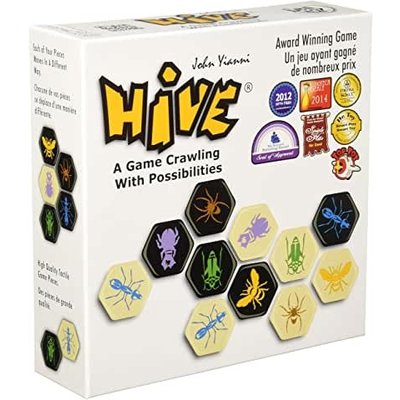 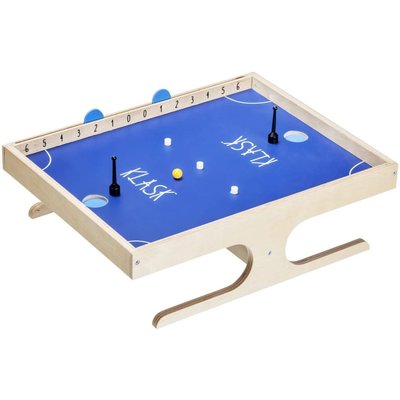 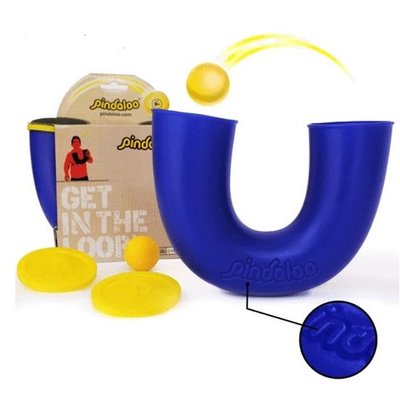