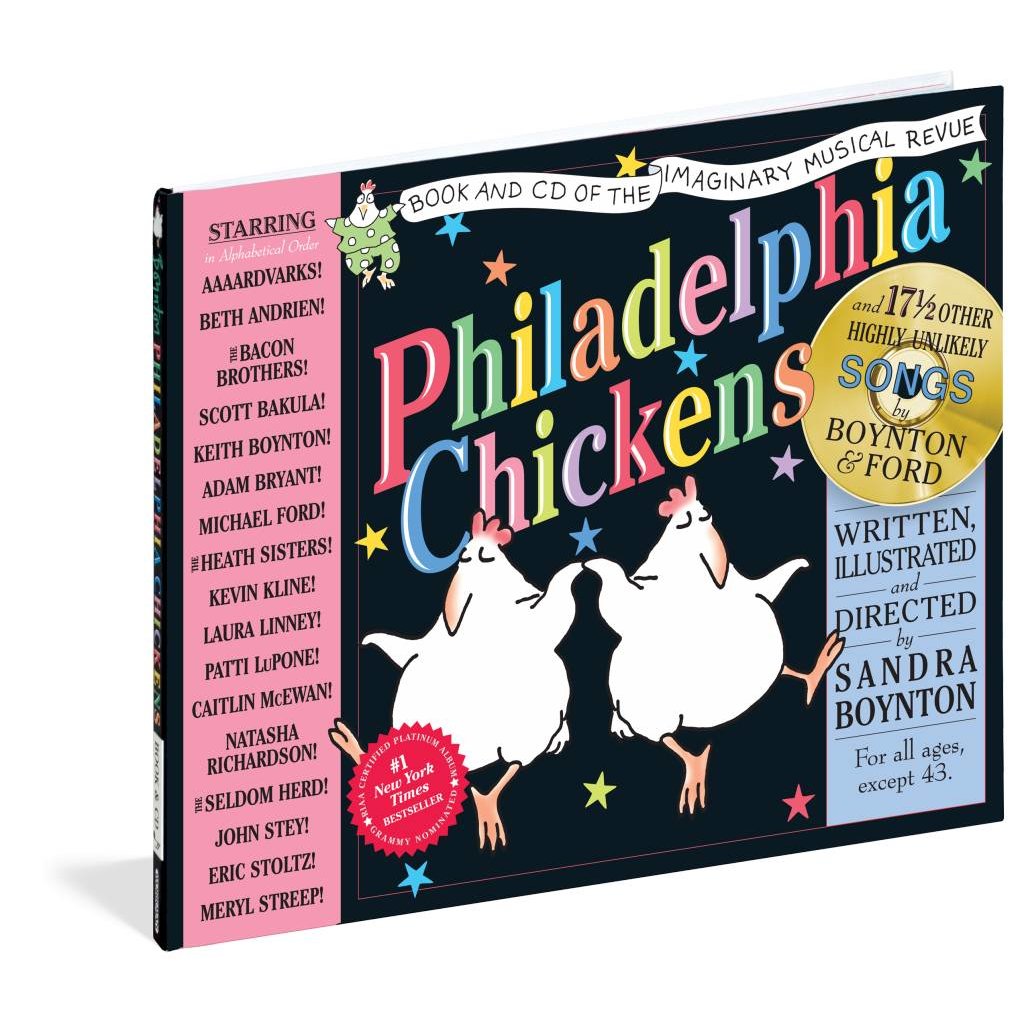 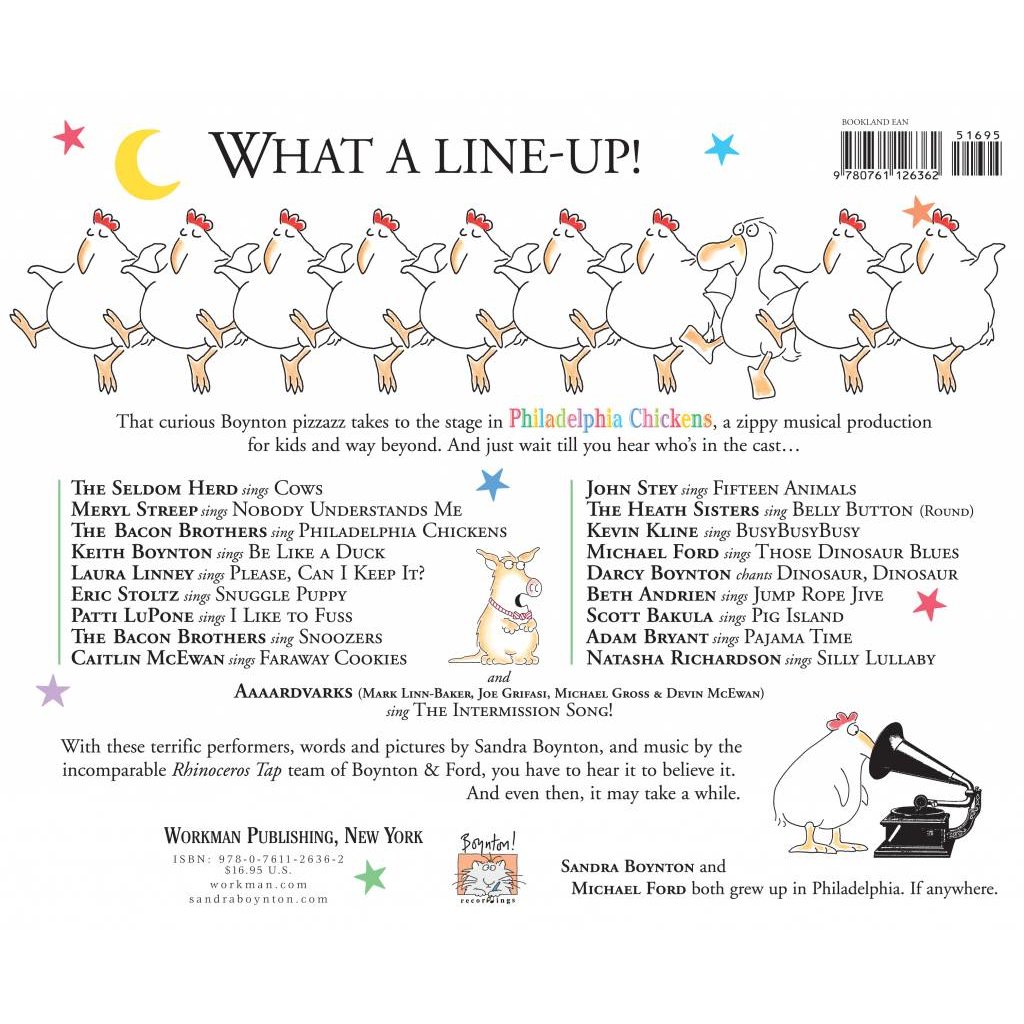 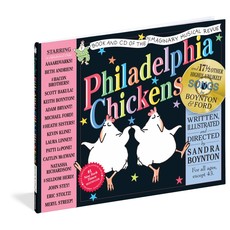 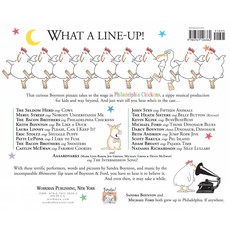 $17.95
Write a review
In stock
Curbside Pickup Available or Home Delivery for Orders over $30

Sandra Boynton—author of such bestselling books as Moo, Baa, La La La! and The Going to Bed Book— and Michael Ford present this "too-illogical zoological musical revue," which showcases 17 original tracks inspired by Broadway. With a star-studded CD featuring songs like "Nobody Understands Me," performed by Meryl Streep, and the foot-stomping "Philadelphia Chickens," sung by the Bacon Brothers, this fauna-filled fiesta is pure genius and will have kids clucking along with the music in no time.

Here is a full-color songbook of 18½ illustrated story-poems, and a full-length, fully orchestrated CD of original songs performed by such luminaries as Patti LuPone, Kevin Kline, Meryl Streep, The Bacon Brothers, and Laura Linney, who pleads "Please, Can I Keep It?—It followed me home./What exactly it is/I don't know." Also joining in are Eric Stoltz, Scott Bakula, and two Boyntons, including daughter Caitlin McEwan, who performs a piece that every little listener will relate to—a love song to the chocolate chip cookies that are just out of reach. With the collaboration of composer Michael Ford, Philadelphia Chickens is that rarest of kids' musical discs—one whose inimitable lyrics and music make it as irresistible to parents as it is to their children.

Recommended for ages 1 to 8 years 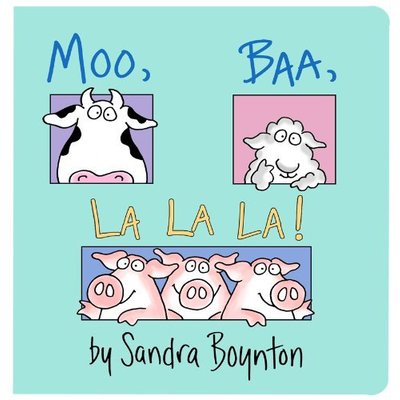 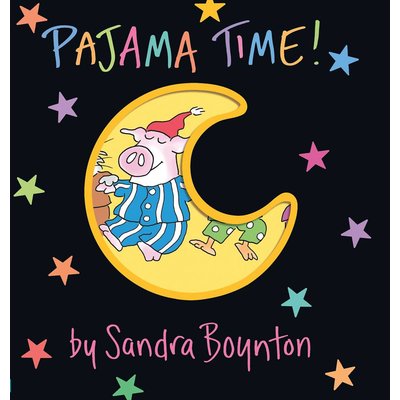 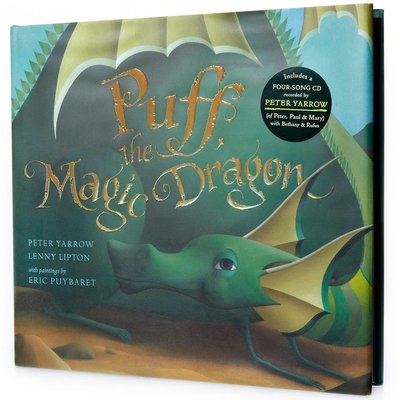 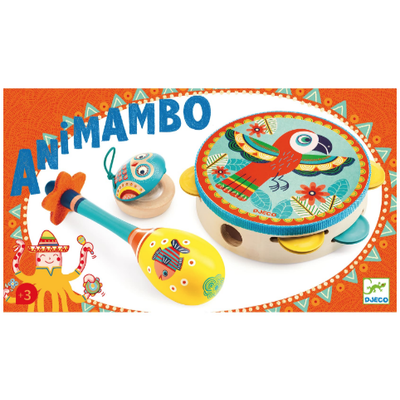